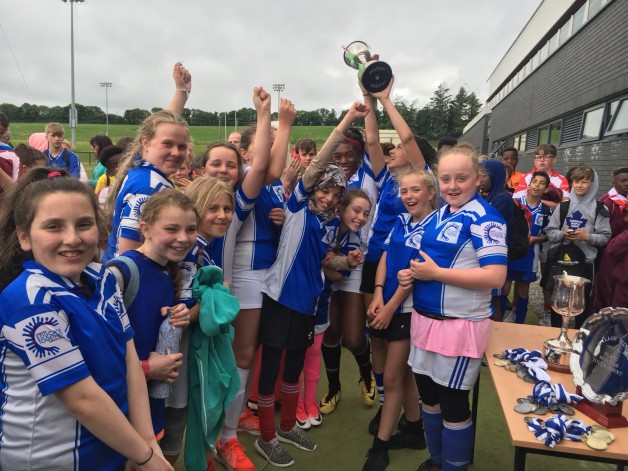 Wednesday 13th of June saw the Willie Moran Memorial Soccer Tournament take place. Most schools in the Waterford/ South Kilkenny district were represented.We had a boys team and a girls team from fifth and sixth classes. Our boys did well, winning two of their four matches. 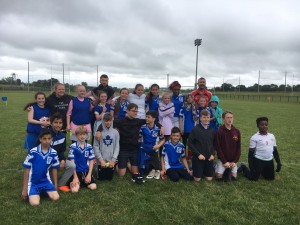 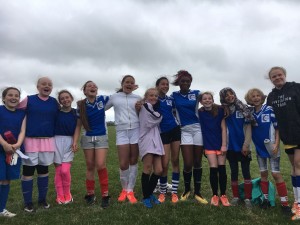 Our girls played 3 group games, winning all three, to advance to the quarter finals. A 2-1 win put us into the semi-finals. A 2-2 draw meant penalties! We were successful in the shootout, taking us to the final. A very close match ended 0-0 so penalties had to decide the outcome. Once again we won the shootout to become CHAMPIONS! 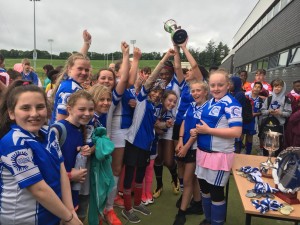 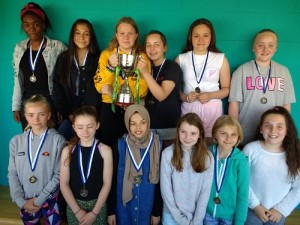 This was the reward for all the training the girls have done this year and all the football played in the playground really raised our standards. There were great scenes of celebration at the end of the shootout as well as at the trophy presentation. 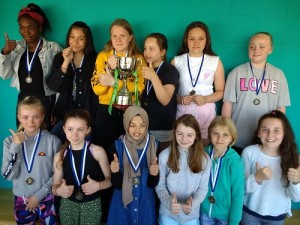 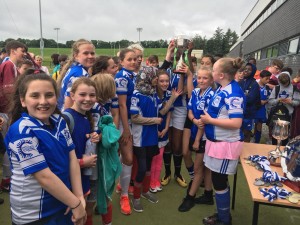 WELL DONE TO ALL INVOLVED.